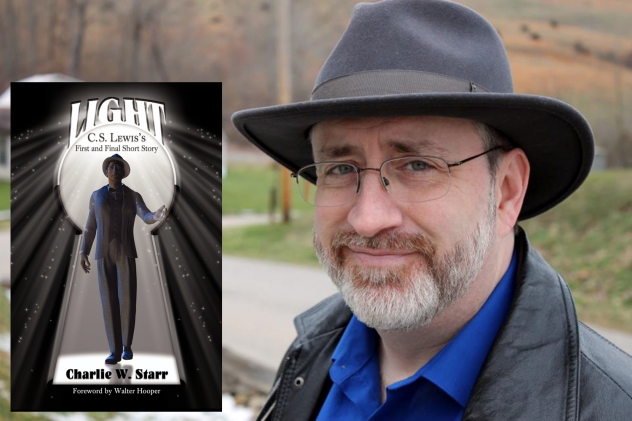 That an unknown manuscript by C. S. Lewis should suddenly appear two decades after his death is remarkable. That it turns out to be a version of a previously published Lewis short story which some have accused of being a forgery, makes it a mystery. C. S. Lewis’s “Light” manuscript appeared out of nowhere in 1985 after a different version of the story was published in 1977. Could “Light” be the final version of that story, the missing polished text which should have been published all along? And does it disprove or inflame the accusations of forgery? Lewis expert Dr. Charlie W. Starr explores the questions and reveals the truth that what Lewis scholars have previously believed about the story’s origins is largely inaccurate, and that the insights into Lewis’s thinking which “Light” reveals provide a new key to understanding some of Lewis’s most profound ideas.

Dr. Charlie W. Starr was a professor of English and Humanities for twenty-one years and is the author of several books including studies in popular culture, C. S. Lewis, J.R.R. Tolkien, theology and Biblical devotionals, science fiction and children’s fantasy.  Dr. Starr has been focusing on projects involving original Lewis manuscripts for the last six years; he is considered by many to be one of world’s leading experts on C. S. Lewis’s handwriting.  His visit is sponsored by Milligan’s Office of Undergraduate Research.